I felt her loss deeply and I was seeing her everywhere it was painful and although I felt guilt in it I decided to get another dog but I really wasn’t up for the puppy stage.

I thought it would be a great way to honour Ellie as well as a good way to not find another dog just like her was to get a rescue dog one that was not wanted and may end up being put to sleep.

I began the search and my heart broke even more with the abundance of dogs and cats just in my area that were abandoned and needed homes.

Those beautiful eyes all screamed out take me home and love me.

I picked out a few that sensibly would be more of a fit to my family and to what I liked in a dog and let fate play it’s hand I called for one dog and didn’t get an answer so moved onto the next one a beautiful sad soul named BILL.

He was in the Donnybrook Dog Rescue with a lot of other dogs but he spoke to me and on the Monday public holiday I bundled the kids up and we went for a drive.

Bill was beautiful but his story was not he had been badly abused he came in on boxing day riddled with fleas, his collar had been a string of barbed wire and apparently his previous owners had used him as a play toy to throw darts at. I felt for Bill but I did wonder if he would be a good fit for our family with two energized loud children to contend with he may be too timid to cope.
I then was sensible and had a look at a couple of the other dogs but none of them had the soul of Bill he was the one the choice had already been made I just didn’t know it.

It has taken him a while to settle in but he is slowly coming out of his shell and fitting in well with the family he is such a joy to own he hardly barks he always wants to be with you so he can walk with me off lead and not go to far.

Bill who we have now named Billy will never replace Ellie she will always be in my heart along with the other beautiful dogs that have been in my life but I am glad that through her loss I was able to give Billy some hope of a better life.

It was appropriate today as I wanted to write this post that I pulled out the Loss card for the Sunlit Oracle Card of the day.

It is hard to lose a loved one and we must grieve and continue to grieve but also not shut ourselves off to new loves because there may be someone out there that needs your love right now.

Living on Rainbow Farm with my two beautiful children and fur baby Billy in Busselton, Western Australia provides me with stunning sunrise and sunsets and the beauty of Australia's flora and fauna. I hope to bring just a little bit of inspiration, healing and lots of sunshine to your day.

4 thoughts on “Giving your heart always even after a loss” 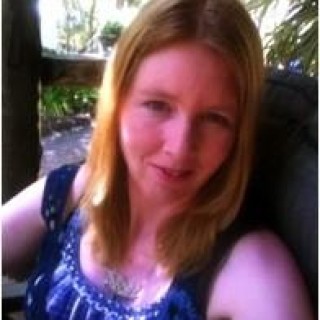 Living on Rainbow Farm with my two beautiful children and fur baby Billy in Busselton, Western Australia provides me with stunning sunrise and sunsets and the beauty of Australia's flora and fauna. I hope to bring just a little bit of inspiration, healing and lots of sunshine to your day.